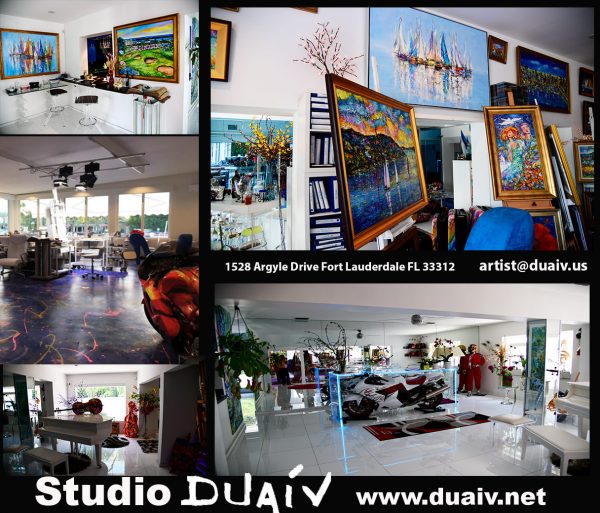 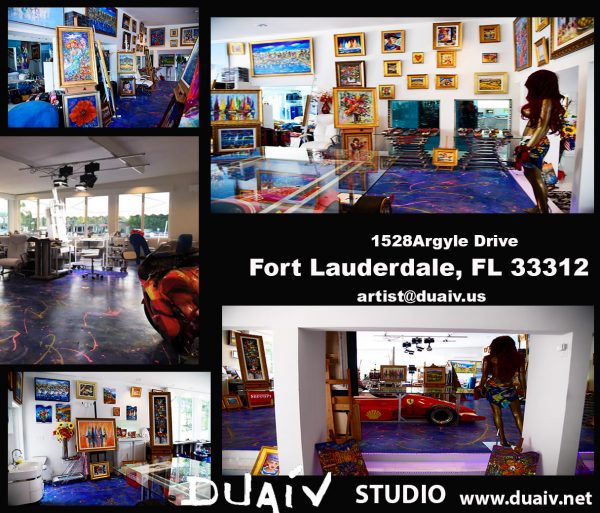 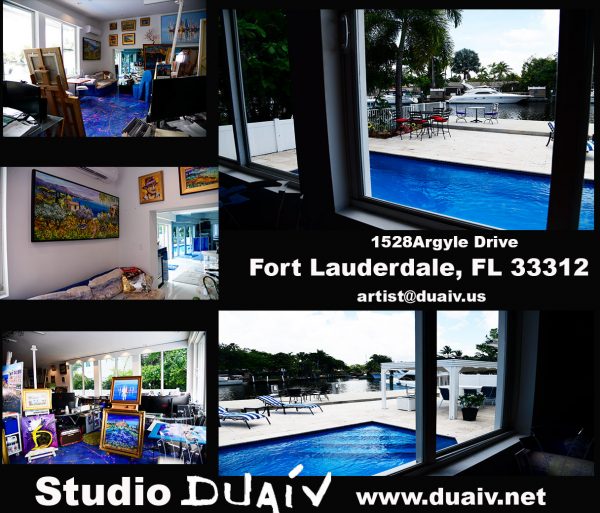 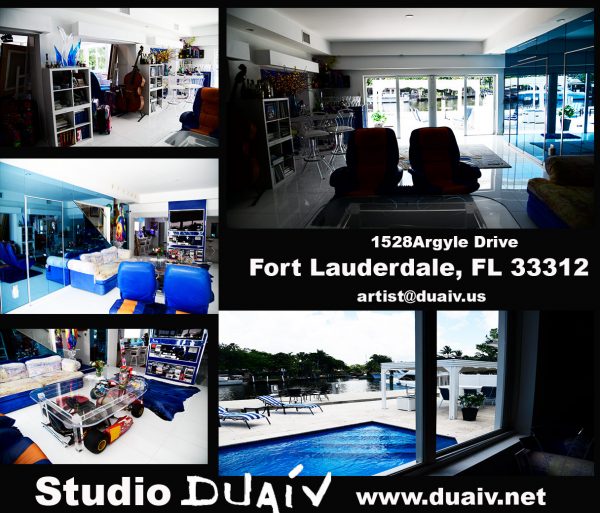 
In 2004, Duaiv established residence
in the United States of America 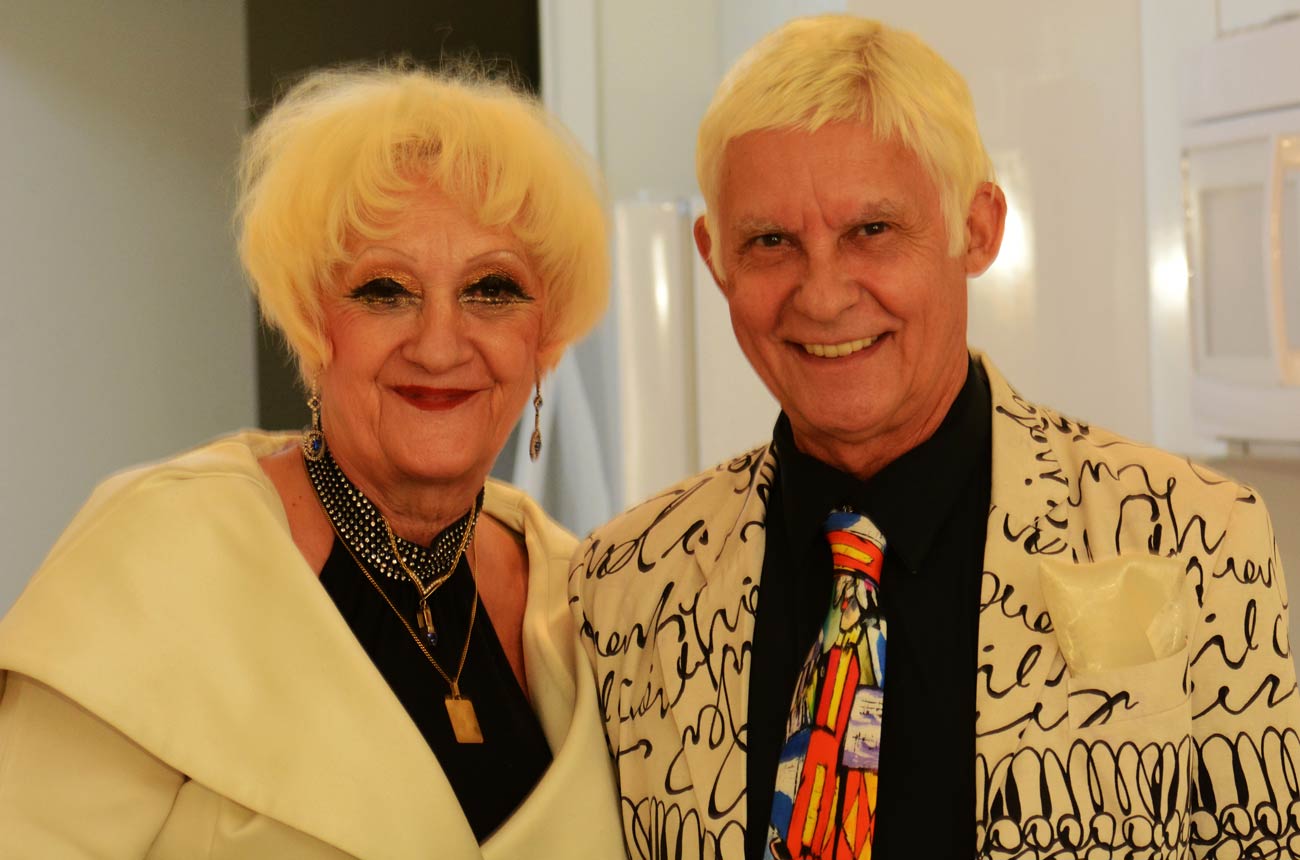 The Title of “Chevalier Académique” Section-Art conferred by the “Greci-Marino”, the Italian Academy of Letters.

Commander of the Order of the Star of Europe, European Foundation Prize, for his ongoing contribution to the international development of first-rate artists, as well as their creations, who enrich their country by charisma and savoir-faire. This award was conferred by his Royal Highness, Prince Henrik of Denmark.

Listed in the Who’s Who in International Art, the great and new names in today’s World of Art.

“Lys d’or”, a trophy for the promotion of values and the respect for humankind and young talent, awarded at the Cannes International Carlton for his international career.

In 2006 Duaiv entered the Benezit Directory of top – rated painters in the world.

In 2011 Who’s Who in American Art.
American Citizen since June 2011 and we are in the process of notifying all U.S. art dictionaries and museums of this fact. 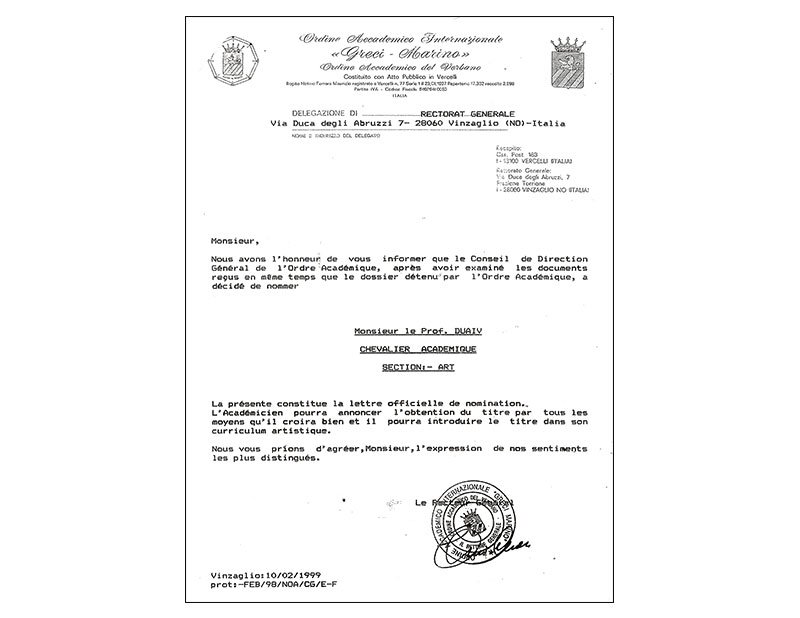 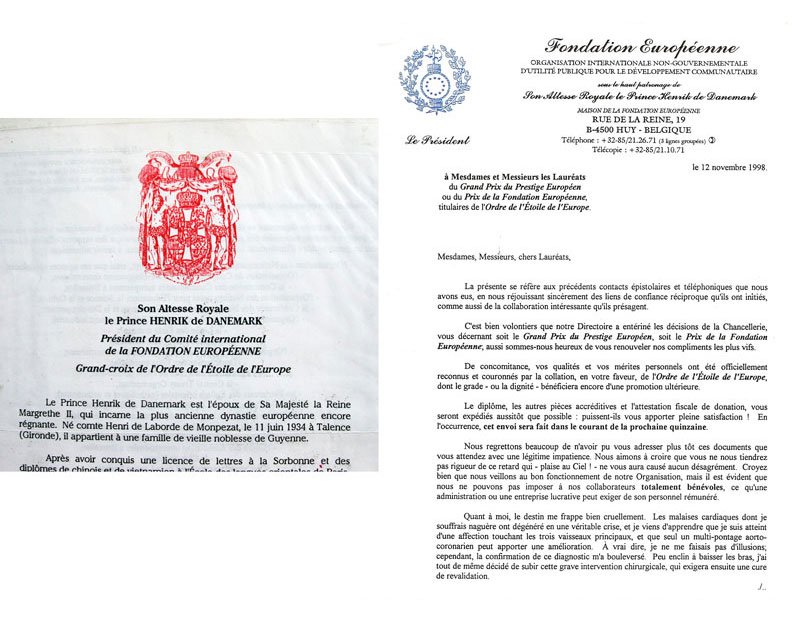 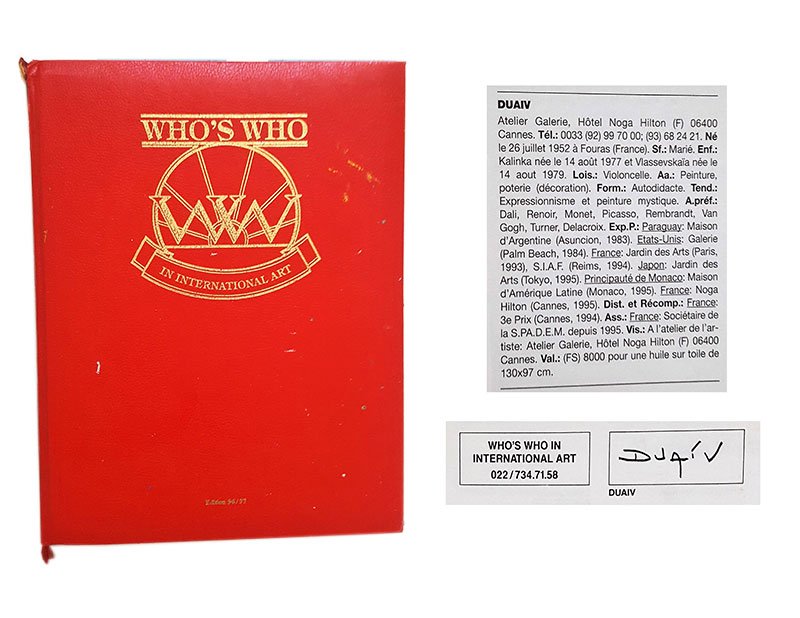 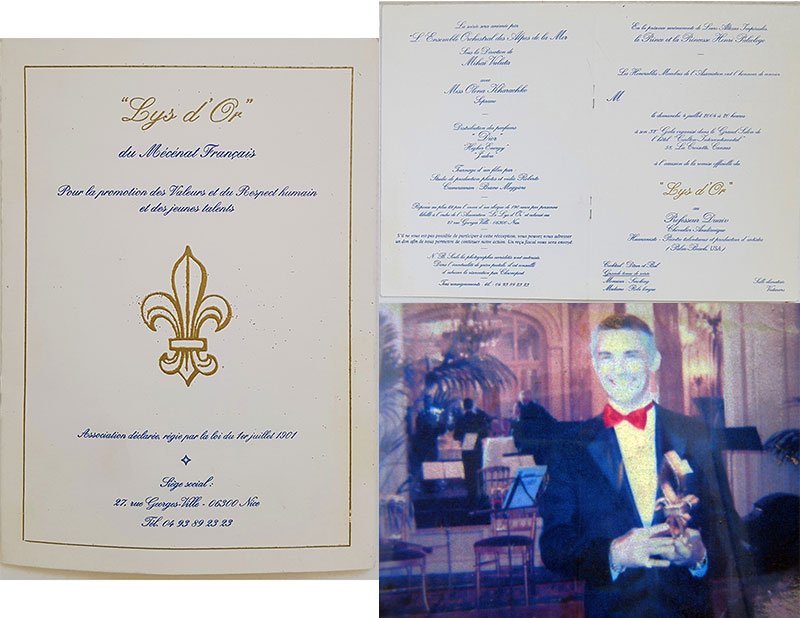 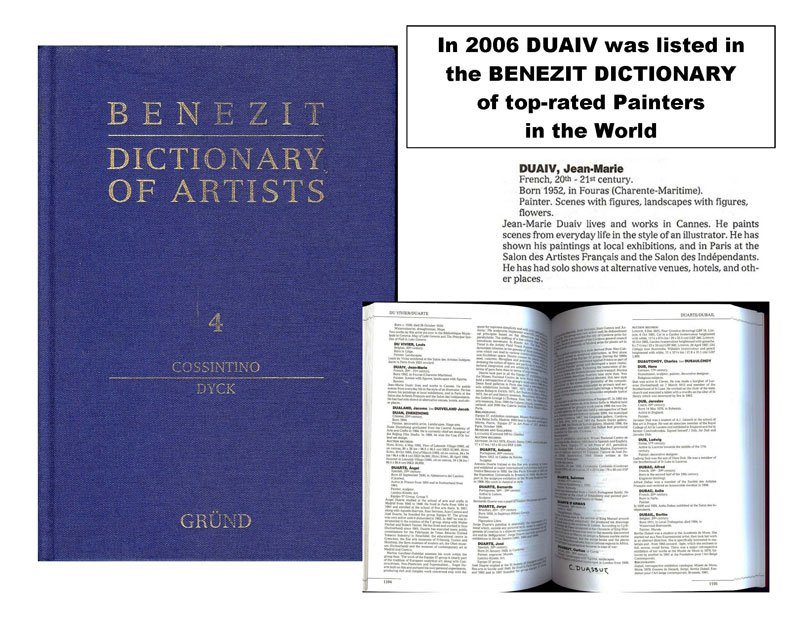 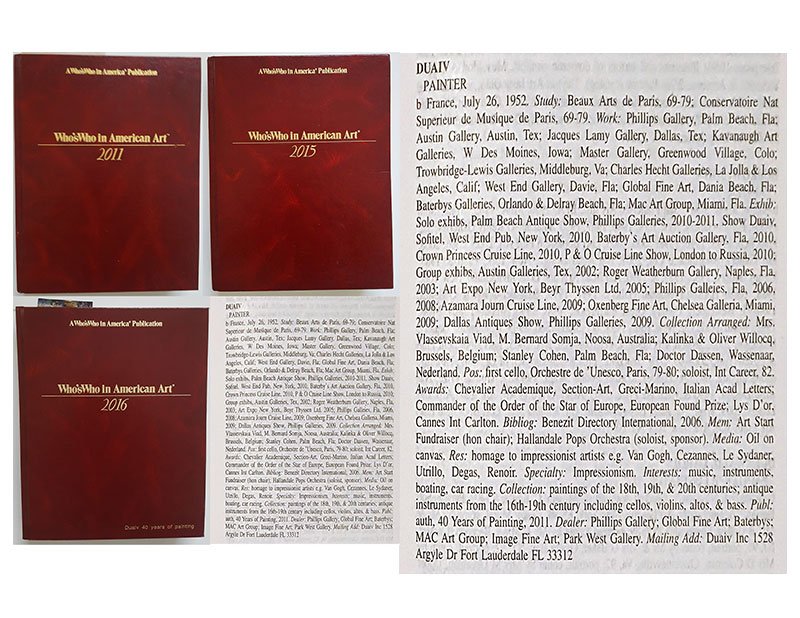